SUBSCRIBE ►
PREMIER LEAGUE HIGHLIGHTS ►
UEFA have been forced to ask players to stop removing sponsor bottles from press conferences after a bottle-snatching trend started this week.

Ronaldo started the fashion at a pre-game news conference by hiding two Coca-Cola bottles and replacing them with a bottle of water.

Paul Pogba, who is Muslim and does not drink alcohol, objected to the distinctive green bottle of official Euro 2020 beer sponsor Heineken.

Next, Manuel Locatelli removed the same pair of Coca-Cola bottles away from the view of cameras in his post-match press conference.

A drop in Coca-Cola’s share price this week was attributed by some to Ronaldo’s snub, but there was no evidence the two were linked.

Since then, players and coaches from Euro 2020 have joined the trend of the tournament.

With Russia’s Stanislav Cherchesov showing us exactly what he thought of it, who will be next to take on the trend? 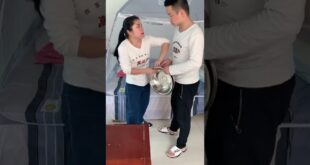